For 7 days starting April, 26 through May, 2 in Volgograd and Volzhsky “Vkratze!” Days of German and Russian short films took place for the sixth time. This year it focused on journeys, including cinematic ones. ANO “Open city” (NGO) is the organizer of the event, supported by its title partners – Goethe Institute (Moscow), and Mikhail Prokhorov Fund (Moscow and Krasnoyarsk).

It was a week of diverse and intensive program. 52 short films – fiction, documentaries, animated, experimental, and 23 children movies; competition entries from 10 participant countries; special programs such as the collection of German movies from 2017 and 2018 International Clermont-Ferrand Short Film Festival (France) titled “Short Export – Made in Germany”; discussions; meeting film directors; and a concert of Volgograd band “Astronauts ‘n All”. For the first time the project hosted Children’s festival days that featured master classes in animation, theater and circus arts, inclusive interactive video-theatric performance, a concert by Volgograd children’s symphonic orchestra.
This year around 300 competition applications had arrived with movies shot all around the world. The majority of the filmmakers come from Russia and Germany, but there were also participants from France, Cambodia, China, Greece, Spain, Korea, Kazakhstan, and Austria. Among the competition entries there were a good deal of very good works, so the choices were particularly hard. The total length of the official selection was more than 16 hours. A number of non-competition Russian movies were shown, including some from Volgograd-based directors.
The members of the jury were:
Larissa MARKINA, director, head of “Mongolfieri” Theater-Circus (Saint-Petersburg, Russia)
Natalia BEREZOVAYA, animation director (Moscow, Russia)
Egmont ELSCNER, a board member of International Film Festival for Children and Young Audience “Schlingel” (Chemnitz, Germany)
Dmitry SKVORTSOV, an expert in philosophy of cinema art
Alexey MEDVEDEV, festival curator (Moscow, Russia), program director of Yakutsk International Film Festival, Sakhalin International Film Festival, and International Film Festival “Message to Man” (chairman of the jury)
I guess, the most important in such project is to show keen viewers that there is a choice. That it is always possible to step aside from the mainstream media, to take a different look at the reality and see what has been lost upon you before”, says festival curator Alexey MEDVEDEV, president of the jury of festival “Vkratze! – 2018”. “For such a big and important city as Volgograd, it is a priceless opportunity”.
Natalya BEREZOVAYA gives her thanks to the festival for its children’s program that she “had the good fortune to judge”. “It was very interesting to see what is going on in children’s short film industry in Russian and other countries. All movies of my personal preference were awarded prizes, and I’m happy to see that my assessment came together with the other panel members”.

According to the jury’s decision, the best films of the Days of German and Russian short films are:

Little viewers were also fully valid participants of “VKRATZE!” this year. As a part of Children’s festival days, free screenings were held for all categories of children and teenagers, with some of the screenings followed by discussions and classes in understanding cinema art. The special guest Egmont ELSCHNER presented a program from International Film Festival for Children and Young Audience “Schlingel” (Chemnitz, Germany)
An important part of “VKRATZE! – 2018” is an inclusive creative project for children and parents, including children with special needs. Art director of Volgograd region puppet theater Anna KEMNEVA held a workshop of stage prop making “from idea to life”. At the workshop, children of various ages were building amazing travelling machines and mechanisms. “Such master classes are very beneficial to children and teenagers, especially if their parents participate, too. The classes promote new subjects for creative work, and possibly to get to know the craft, or at least to learn new fields and opportunities”, Anna KEMNEVA commented. Volgograd Regional Puppet Theater has once again proven itself an open creative workspace for city communities.
Natalya BEREZOVAYA, the author of famous animations serial “Piglet” and others, held a number of master classes of stop-motion animation in Volgograd creative business venue “LOFT1890”, and in Leninsk Boarding school for children with hearing impairment. At the master classes, children modelled objects with plasticine and shot scenes for a performance depicting a journey. “It was apparent how wonderfully teams worked together, and how all ideas came to life”, – Natalya BEREZOVAY says. “The audience was there, but then they became not just viewers, but full-blown participants of the festival. It is amazing to watch the work of ‘parents with children’ teams. For me, the most interesting was the experience with inclusive groups. It is a miracle how the bright line of ‘specific differences’ is fading in the process of creative work. I would say even more – certain disadvantages of a person turn into an advantage. Yet another exciting experience was about merging animation and theater in a single performance at the master class. At first I thought it was an impossible task, but it turned an exciting adventure”.
The director of “Mongolfieri” Theater-Circus Larissa Markina conducted a series of training courses in Volgograd, including one in Volgograd boarding school #7. Children, including those with special needs, together with their parents were getting acquainted with basics of theater and circus arts. The results of the united effort of students of all master classes joined up in an inclusive video-theatrical performance “The pilgrims”, featuring the children, their parents and professional actors. Presentation of the performance took place on May 2.
Larissa MARKINA, the author and host of the program of Theater-Circus training courses, and the director of the eventual inclusive performance speaks about her work at the courses and at presentation of “The pilgrims”.
“I overheard the story when I was by the children who were busy modelling fish, birds, kites and vehicles… Pilgrims or travelers live inside of all of us. It is they who urge us to go to distant countries, challenging to abandon everything and start on a journey. ‘The pilgrims’ is a fantasy paper performance where people, birds, fish and kites travel to unknown worlds. Art is able to give us the possibility – to travel with you fantasy and imagination. What is most valuable is that there is no limits of age, social state or mentality. Children with disabilities can freely indulge in their fantasies and craft mysterious creatures with paper – next to a professional puppeteer, and a housewife can jump rope leaving behind her milk boiling over. Paper art has united everyone through imagination into a big journey. That’s the jewel in the crown”.

The team of the festival gives their heartiest thanks to all guests, participants and spectators, to all journalists who took interest in the project, to all partners and sponsors.

See you next year!

Quick reference
Days of German and Russian short films “Vkratze!” are held in Volgograd Oblast Region since 2013 and aim to promote Russian-German communication in the industry of short films, and to bring filmmakers and audience into a broader festival framework. The festival hosts programs of German and Russian films, programs of partner festivals, a topical and by-areas competition, and special events. There are master classes for film directors and creative workshops featuring German and Russian art and cinema experts. Every year the main area and subject of the festival change. The “days” framework assumes a wide variety of genres and formats of programs and events, and focuses on acquiring new communicative and creative experiences. 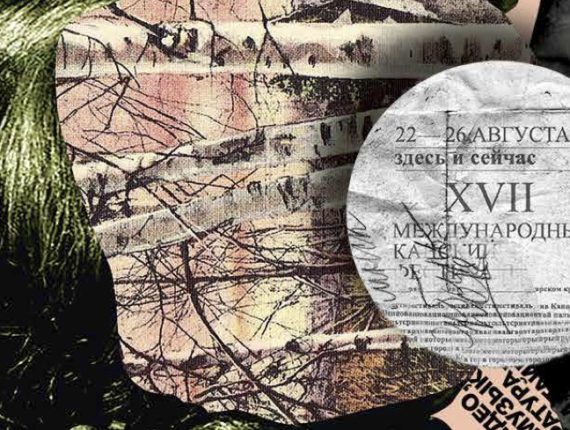 22 – 26 August in Kansk (Krasnoyarsk region) will host the VXII international Kansk Video Festival www.festival-cannes.ru.
This is one of the first alternative